A list of resources for the Science and Religion conversation:

NZ Christians in Science: www.nzcis.org offers short movies and resources from a group of NZ scientists in industry and the academy who are Christians.

Faraday Schools is part of the LASAR (Learning About Science And Religion) project. It was established in 2009 as a collaborative project between the Institute of Education, Reading University and the Faraday Institute for Science and Religion (based at St. Edmund’s College, Cambridge). Their web-site: http://www.neverofftopic.com/ provides a large amount of resources and curriculum in the area of science and religion for Primary through to secondary level. 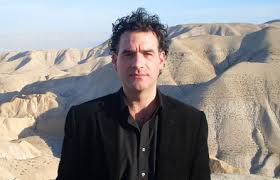 Did Darwin Kill God?  A 60 minute documentary from the BBC (2009) presented by Conor Cunningham who is a theologian and a believer in evolution. The documentary looks at the relationship between Christian faith and evolution, the conflicts within the debate and examines fundamentalism on both sides of the issue.

The Big Questions and More Big Questions: Transcripts of interviews by Philip Adams with Physicist Paul Davies. Topics discussed include: In the Beginning, The Creative Cosmos, In Search of a Theory of Everything, What Does it All Mean?, Science and Truth, Does God play Dice?, Einstein’s Legacy, Cosmic Butterflies.